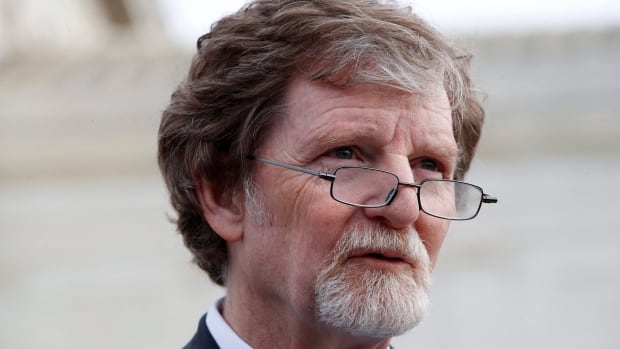 The U.S. Supreme Court on Monday granted a victory on narrow grounds to a Colorado Christian baker who refused on religious grounds to bake a wedding cake for a gay couple, stopping short of setting a major precedent allowing people to seek exemptions from anti-discrimination laws based on religious beliefs.

The ruling found that the commission violated Phillips’ religious rights under the First Amendment to the U.S. Constitution.

But the court has not made a final ruling on when people can seek exemptions from anti-discrimination laws based on their religious views.

The ruling also failed to address several of the claims raised in the case, including whether baking a cake is some kind of expressive act protected by the constitutional guarantee of free speech.

But Kennedy also stressed the importance of gay rights while noting that litigation over similar issues will likely continue in lower courts.

“Our society has come to recognize that homosexuals and same-sex couples cannot be treated as social pariahs or as inferior in dignity and worth,” he wrote.

“The outcome of cases like this in other circumstances must await further elaboration by the courts, all within the context of the recognition that such disputes must be resolved with tolerance, without undue disrespect for beliefs sincere religious beliefs and without subjecting homosexuals to indignities when they seek goods and services in an open market,” Kennedy said.

Of the 50 states, 21, including Colorado, have anti-discrimination laws protecting members of the LGBTQ community.

Government hostility to believers has no place in our society, yet the state of Colorado was openly hostile to Jack’s religious beliefs regarding marriage.– Kristen Wagoner, Alliance for the Defense of Freedom

The closely watched case before the Supreme Court, which in 2015 legalized same-sex marriage nationwide, pitted gay rights against religious freedom. President Donald Trump’s administration has intervened in the case to support Phillips.

Mullins and Craig were planning their wedding in Massachusetts in 2012 and wanted the cake for a reception in Colorado, where same-sex marriage was not yet legal. During a brief encounter at Phillips’s Masterpiece Cakeshop in the Denver suburb of Lakewood, the baker politely but firmly declined, leaving the couple distraught.

They successfully filed a complaint with the state commission, the first step in a six-year legal battle. State courts sided with the couple, prompting Phillips to appeal to the highest US court. Phillips said a backlash against his business left him struggling to keep the shop afloat.

The outcome of the case hinged on the actions of the Colorado commission. In an exchange at a 2014 hearing quoted by Kennedy, former commissioner Diann Rice said “religious freedom, and religion, has been used to justify all kinds of discrimination throughout history, whether either slavery or the Holocaust”.

Kennedy also noted that the commission ruled to the contrary in three other cases brought against bakers in which business owners refused to bake cakes that contained messages they disagreed with and that demeaned homosexuals or gay marriage.

The court overturned the Masterpiece Cakeshop decision based on concerns unique to the case, but reaffirmed its longstanding rule that states can prevent the harms of discrimination in the marketplace, including against LGBT people.-Louise Melling, ACLU

“Government hostility to believers has no place in our society, but the state of Colorado was openly hostile to Jack’s religious beliefs regarding marriage. The court was right to condemn that,” Kristen said. Waggoner, a lawyer for the conservative Christian group Alliance Defending. Freedom, representing Phillips.

She added that the decision “makes it clear that the government must respect Jack’s beliefs about marriage.”

ACLU lawyer Louise Melling, who represents Mullins and Craig, said the High Court had made it clear that the companies
open to the public should serve everyone.

“The court overturned Masterpiece Cakeshop’s decision based on concerns unique to the case, but reaffirmed its longstanding rule that states can prevent the harms of discrimination in the marketplace, including against LGBT people. “added Melling.

Phillips’ lawyers have argued his cakes are an art form – a ‘temporary sculpture’ – and being forced to create one to commemorate a gay marriage would violate his rights under the US Constitution to free speech and expression and free exercise of religion.

Mullins and Craig, represented by the American Civil Liberties Union, said Phillips used his Christian faith as a pretext for unlawful discrimination based on sexual orientation. The ACLU said the baker was advocating for a “license to discriminate” that could have broad repercussions beyond gay rights.

The case has become a cultural flashpoint in the United States, underscoring tensions between gay rights supporters and conservative Christians.

The litigation, along with similar cases across the country, is part of a conservative Christian backlash to the Supreme Court’s ruling on same-sex marriage. Phillips and others like him who believe same-sex marriage is not in line with their Christian beliefs, said they should not be required to actually endorse the practice.

Gay rights advocates say the case is just one part of a larger fight to win greater legal protections for gay, bisexual and transgender people, including in the workplace , even as they battled Conservative efforts to undermine gains made in recent years.