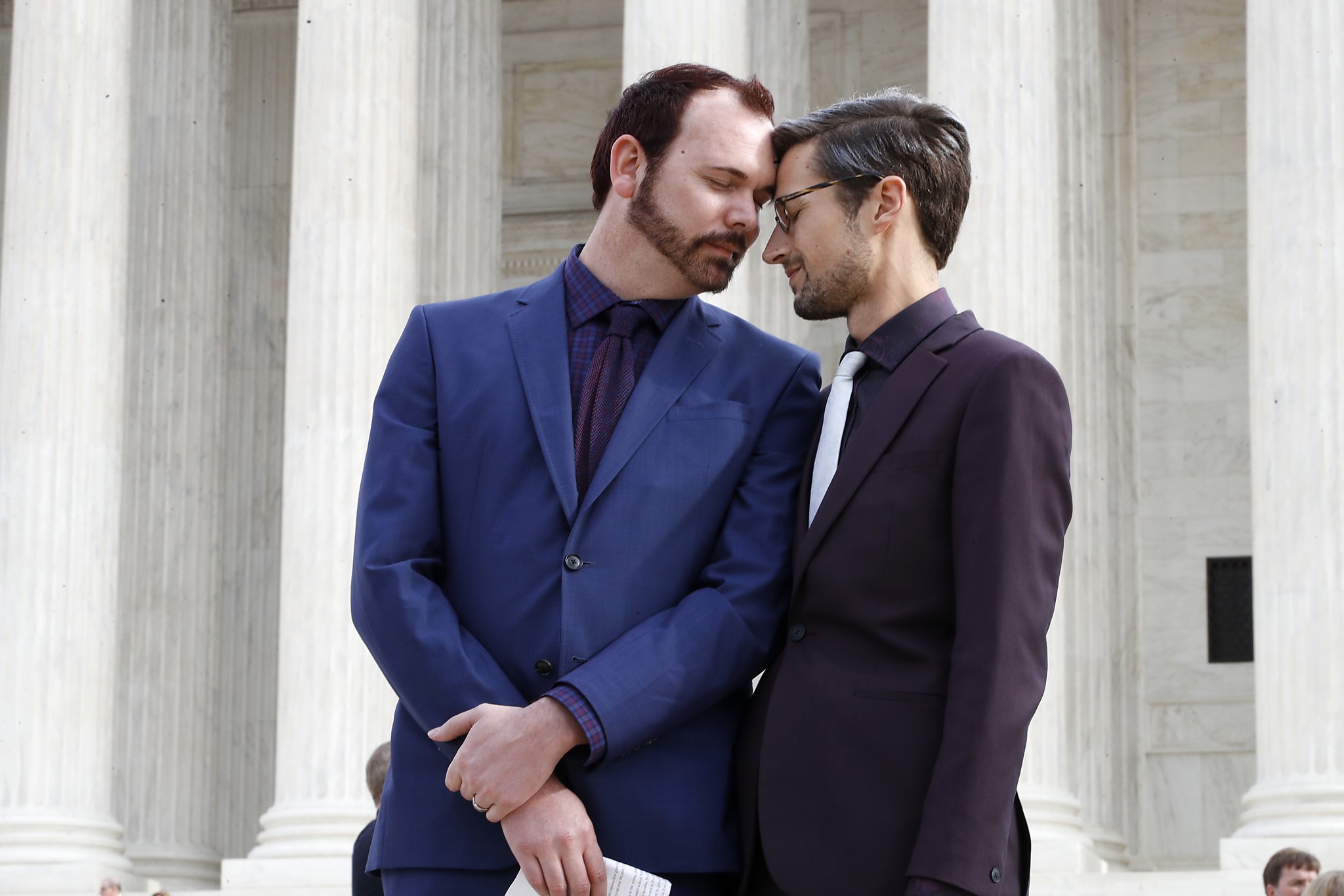 Businesses, regardless of the religious beliefs of their owners, are bound by state laws that require equal treatment for lesbians and gays. And state agencies that enforce these laws must avoid hostility toward religion.

These were the seemingly contradictory messages of the long-awaited US Supreme Court ruling Monday on a Colorado baker’s refusal to bake a wedding cake for a same-sex couple.

While seven of the nine justices said the Colorado Civil Rights Commission violated the Baker’s right to a fair and neutral assessment of his objections by ruling against him – one commissioner recalled that religious liberty was used to justify slavery and the Holocaust – the court did not define the boundaries between the lack of anti-gay discrimination and the First Amendment freedoms of religion or speech.

Choosing to leave that for a future case, the court left room for both parties on Monday to seek relief.

“This is a huge victory for the religious rights of (the) citizens,” said Mat Staver, president of Liberty Counsel, a religious conservative nonprofit that has backed the Colorado Baker. “People should not be forced to speak a message that violates their conscience.”

The American Civil Liberties Union, which represented the same-sex couple, countered that the ruling, while against the couple, “reaffirmed the fundamental principle that businesses open to the public should be open to everyone”.

Other gay rights advocates criticized the court for allowing the baker to deny equal treatment mandated by state law. Rachel Tiven, chief executive of Lambda Legal, said the decision gives “dangerous encouragement to those who would deny civil rights to LGBT people“. And San Francisco Supervisor Jeff Sheehy said it was ‘horrifying’ that the same court that recognized his community’s marriage rights was ‘taking away our rights to public accommodations based on a religious argument’ .

The same conflict of rights arises in other pending cases, including an appeal pending Supreme Court review by a Washington State florist who refused, for religious reasons, to prepare a flower arrangement for same-sex marriage. The court said the cases raise difficult issues that “must wait for further elaboration”.

The decision “leaves open the two fundamental questions presented in this case: whether a wedding cake is an artistic expression” protected by free speech, and “the appropriate balance between religious freedom and civil rights”, said Jocelyn Samuels, executive director of UCLA. The law school’s Williams Institute, which examines issues of sexual orientation.

Nonetheless, said Catherine Hardee, an assistant professor at the Cal Western School of Law in San Diego, the court’s multiple opinions in the case indicate that most judges believe that anti-discrimination laws “are appropriate even when an individual or a company does not agree with them. ”

For example, despite ruling in favor of the Colorado Baker, Judge Anthony Kennedy ended his majority opinion by stating that such disputes must be resolved “without subjecting homosexuals to indignities when seeking goods and services on a Free market”.

Meanwhile, laws prohibiting companies from discriminating based on sexual orientation remain in effect in California, 20 other states and the District of Columbia. The absence of such a federal law prompted comments in 2015, when the High Court ruled that same-sex couples had a constitutional right to marry, that they now had the right to marry on Sundays and to be fired from their jobs on Monday.

Monday’s ruling also had no apparent impact on the California Supreme Court’s 1996 ruling requiring businesses — in this case, a landlord with religious objections to rent to an unmarried couple — to abide by the laws of the state on civil rights, regardless of their personal beliefs.

In the Colorado case, Jack Phillips, owner of Masterpiece Cakeshop in the Denver suburb of Lakewood, said he was open to all customers but, due to his Christian beliefs, would not design a wedding for Charlie Craig and Dave Mullins in 2012. Colorado had yet to legalize same-sex marriage – the couple planned to marry in Massachusetts – but they sued Phillips under a state law prohibiting discrimination in places of public accommodation .

Phillips argued that the law violated both freedom of speech—since designing the cake was, in his view, an act of artistic expression—and freedom of religion. His arguments, rejected by state courts, split the nation’s High Court, which produced five separate opinions, but a majority agreed with Kennedy, author of the 2015 marriage ruling and others major decisions on gay rights.

“Our society has recognized that homosexuals and same-sex couples cannot be treated as social outcasts,” Kennedy wrote, adding that “religious and philosophical objections…do not allow business owners and other actors of the economy to deny protected persons equal access to goods and services” under state laws such as Colorado’s. He cited the 1968 court ruling that required the owner of an establishment to barbecue to serve black customers despite the owner’s religious objections.

Kennedy also seemed skeptical of Phillips’ free speech claim, saying that “few who saw a beautiful wedding cake could have thought of its creation as an exercise in protected speech.”

But he said the problem could be presented more clearly if a baker refused to design a cake with “words or images celebrating marriage”. And in this case, Kennedy said, Phillips’ refusal was “based on his sincere religious beliefs and objections,” and he was denied his right to a fair hearing by the state Civil Rights Commission.

Kennedy pointed to comments by a commission member, who told a July 2014 hearing that freedom of religion “has been used to justify all kinds of discrimination,” including slavery and Nazi Holocaust, and that “one of the most despicable rhetoric people can use (is) to use their religion to hurt others.

This language cast doubt on the commission’s impartiality and was evidence of “hostility to any religion or religious point of view,” Kennedy said. He said the commission used a different standard when it upheld other bakers’ refusals to make wedding cakes containing religious messages condemning gay people.

Such cases raise difficult questions that “must wait for further elaboration by the courts,” Kennedy said.

Dissenting, Justice Ruth Bader Ginsburg, joined by Justice Sonia Sotomayor, said the comments from one or two members of the state commission did not demonstrate overall hostility to religion or excuse the “refusal of the baker to sell a wedding cake to a gay couple“.