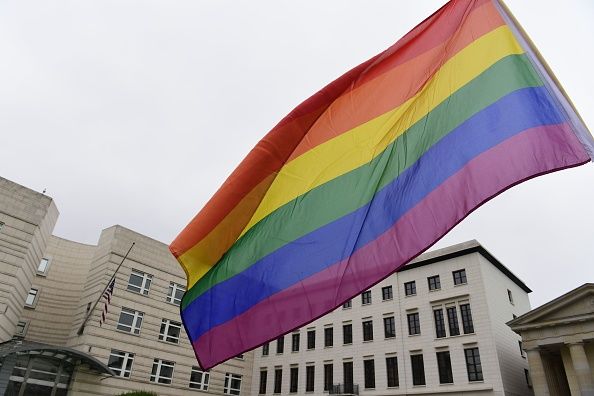 A Colorado wedding videographer reportedly refused to work with a same-sex couple on their wedding day.

Anna Suhyda and her fiancÃ©e, Amanda Broadway, Recount KMGH-TV MediaMansion in Denver refused to film their June wedding in Boulder due to “personal religious beliefs”. The couple told the news channel that Suhyda contacted the media company and spoke with one of the company’s photographers, Adam Snyder, after being highly rated on the wedding website The Knot. .

â€œHe asked, ‘What is the name of your fiancÃ©e? And I said, ‘Amanda.’ And I could tell he kind of took a break on the phone, but I thought maybe he was taking some notes, “Suhyda said.” Then I got to work and looked at my emails. â€

Suhyda told the news channel that she had received an email from MediaMansion stating: “Unfortunately, at the moment we are not serving the LGBTQ community!”

The company posted the email sent Sunday on its Facebook page, saying it had many LGBTQ clients, but had not filmed “gay ceremonies or engagements” due to “religious beliefs. personal “.

â€œMediaManison is happy to work with people from the LGBTQ community! If someone who identifies as LGBT needs a video for their growing business, a vlog, a short film idea, etc. ., we would be delighted to help, “the letter reads. â€œWe just don’t film homosexual ceremonies or engagements. This decision is based on personal religious beliefs. We are not asking you to agree with our beliefs, only to respect our beliefs.

â€œWe respect and love the LGBTQ community and are happy to refer them to friends or other vendors when we are unable to provide videography,â€ the letter continued.

Suhyda told KMGH-TV that she doesn’t believe this type of incident could happen in 2019.

“I just thought Denver was different. It’s not that it’s all business, but I didn’t think we had this here in 2019,” Suhyda told the news channel. “Our relationship shouldn’t affect anyone in a negative way. So the fact that it turns into this is just overwhelming.”

Benjamin Hostetter, the owner of MediaMansion, told KMGH-TV that the company doesn’t hate the LGBTQ community. Hostetter told the news station he had turned down more than one gay couple but did not discriminate against any community. He identified himself as a Christian and claimed he had gay friends, but said producing a project involving same-sex marriage was “against my beliefs,” KMGH-TV reported.

â€œI believe it has to do with family and producing healthy families,â€ Hostetter said. “I don’t think there’s a lot of good evidence that two men or two women can come together and have a truly amazing, effective, good, and everlasting family.”

The United States Supreme Court ruled in 2018 that a Colorado baker had the constitutional right to deny service to a same-sex couple in 2012 because of his religious beliefs. Charlie Craig and David Mullins filed a complaint with the Colorado Civil Rights Commission in 2012 after Jack Phillips, the owner of Masterpiece Cakeshop, refused to bake a wedding cake for the same-sex couple.